The Littleton Crabapple Route, a roughly 7-mile path through the heart of the city, features thousands of blossoming trees displaying shades of white, red, purple and pink.

This item is available in full to subscribers.

Our print publications are advertiser supported. For those wishing to access our content online, we have implemented a small charge so we may continue to provide our valued readers and community with unique, high quality local content. Thank you for supporting your local newspaper.

If Littleton residents are looking for a pop of bright spring color, now is the time to be on the Littleton Crabapple Route.

The roughly 7-mile path through the heart of the city features thousands of blossoming trees displaying shades of white, red, purple and pink. The trees’ peak color will hold for just over a week, according to Liz Brickley Beindorff, a board member of the nonprofit Littleton Crabapple Route Inc.

“I think everyone should just get out and enjoy them. It’s a beautiful show," Beindorff said. 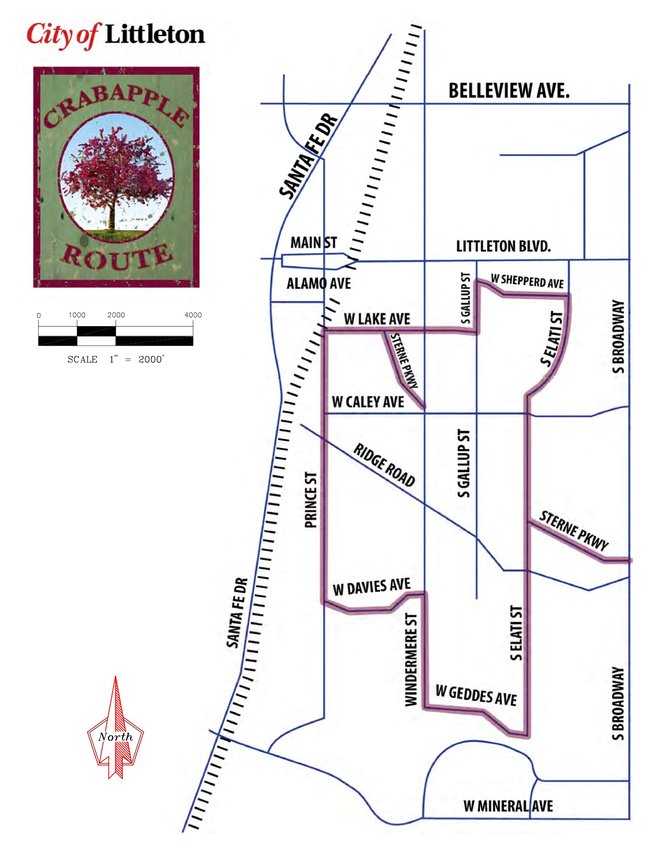 Conceived by the city in 2011, the route honors the work of former Littleton mayor Vaughn Gardinier who, in 1969, launched a citywide beautification program to plant crabapple trees along city streets.

Today, Littleton is home to more than 7,000 crabapple trees, so many that in 2014, then-Mayor Phil Cernanec proclaimed Littleton the "Flowering Crabapple Capital of Colorado."

Beindorff, a family friend of Gardinier's, said the former mayor would be proud of the continued effort to keep Littleton's crabapple legacy alive.

“I think Vaughn would be pleased. He was truly a citizen of this town and loved Littleton," Beindorff said.

Since 2012, the Littleton Crabapple Route Inc. has purchased and planted 200 crabapple trees throughout the city, usually to the tune of $40 to $60, which the nonprofit secures through donations.

Though the nonprofit has been mostly dormant since the beginning of the COVID-19 pandemic, Beindorff said she is optimistic that work will pick up again this summer, with new trees possibly being planted this fall.

The effort serves as both an investment in the city's aesthetics as well as an homage to its past generations.

“I think it adds a really lovely aesthetic to our city and it has roots for the citizens," Beindorff said.

Tom Gardinier, the son of the late Vaughn Gardinier, said if his father could see the route today he'd be proud.

"Especially this year," said Gardinier, who is also a board member for Littleton Crabapple Route Inc.

Gardinier said his father had a "fondness for the type of town" Littleton was and saw the Crabapple Route as a way to keep community alive for years to come.

"It's important to carry on my father's legacy, and the work he did to try to bring a uniquness to Littleton," he said.

Though COVID has kept board members from being as active as years past, Gardinier said community members including homeowners with trees on their property have stepped up to care for the route.

"I think the community's done well," he said.

Other items that may interest you

Clear Creek Board of Education briefs

Police investigating murder in southwest Englewood
A woman was found dead Wednesday night from a gunshot wound "at a nearby residence," police said.

We have noticed you are using an ad blocking plugin in your browser.

The revenue we receive from our advertisers helps make this site possible. We request you whitelist our site.